Audi A8 is the official successor of the famous line of Audi V8 cars.
Just only appeared on the presentations, after in the Dubai markets and around the world, Audi A8 has already become a sensation. Today, it’s available for rent.
Everybody knows it’s not a secret that many engineers try to downsize and to decrease the consuming of fuel. This time it was successfully done. Though the car has much technical equipment it’s lighter than comparable with this car S-class Mercedes.
The carcass was made of special aluminum called Audi Space Frame and it 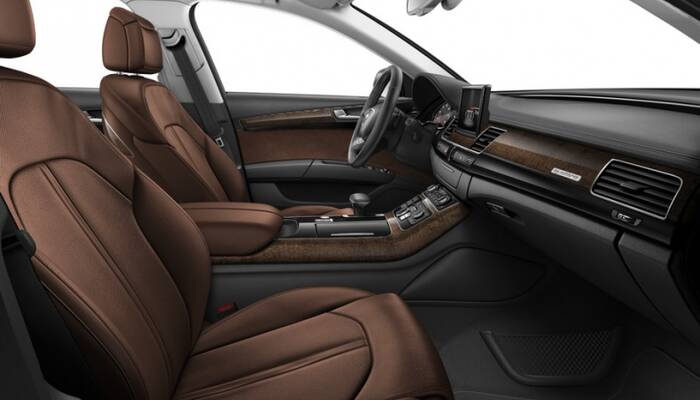 saluted the problem with corrosion which bothered previous generation of cars. And by the way, A8 became the first Audi car equipped with special grille named Singleframe.
Despite of many characteristics and awards, Audi A8 has already become a star in films and mass media. Don’t you believe that?
Auto appears in the movies: Matrix Realoaded, The Transporter, Rock-n-Roll'a. And now Audi A8 is available and for rent in Dubai.
In spite of those facts, this auto was approved by Angela Merkel who preferred Audi to Mercedes Benz and BMW cars.
Feel yourself as VIP person or Hollywood movie star with the gorgeous Audi A8!